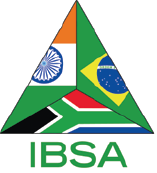 The IBSA Fund is a remarkable example of cooperation among three developing countries, which pioneered the implementation of South-South cooperation initiatives for the benefit of other Southern countries in partnership with the United Nations system. The purpose of the Fund is to identify replicable and scalable projects that can be disseminated to interested developing countries as examples of good practices in the fight against poverty and hunger. The IBSA Fund, which was established in 2004 and became operational in 2006, supports projects on a demand-driven basis through partnerships with local governments, national institutions and implementing partners. The projects that it supports are concrete expressions of solidarity for the benefit of the most vulnerable and marginalized people, with the objectives of promoting food security, addressing HIV/AIDS, extending access to safe drinking water, and promoting quality education and gender equality, all with the aim of contributing to the achievement of the Sustainable Development Goals (SDGs).

Impact across the world

No data was found

Procedure and criteria for applying to the Fund

Interested governments may approach the IBSA diplomatic missions at their capitals or United Nations Headquarters in New York with a concept-note outline of the project that they wish to submit. Said IBSA missions will, in turn, forward eligible submitted proposals to the IBSA Focal Points at IBSA capitals for their consideration.

The project proposals receiving sponsorship from at least one IBSA Focal Point at a capital are presented to the IBSA Fund Board of Directors for its consideration.

The Board of Directors is composed of the Deputy Permanent Representatives of India, Brazil and South Africa to the United Nations in New York.

The Board approves summary proposals and detailed projects and continuously provides strategic direction to IBSA projects to ensure their successful implementation through strong South-South partnerships.

UNOSSC is the Fund Manager and secretariat of the IBSA Fund, supporting its Board of Directors as it establishes the strategic vision and programmatic activities of the Fund. The UNOSSC Trust Fund Management Team, working closely with the IBSA Fund experts and partners, provides monitoring, quality assurance and knowledge-management and communications across the IBSA Fund projects.

Empowering the children and adolescents with special needs and their families

The project supported the construction and equipping of a hospital pavilion to provide quality service for children and adolescents with special needs.

National Health Insurance Scheme Support
The project supported the development of the national health insurance programme through the establishment of the NHI secretariat, including its infrastructure and staff capacity development.

Rural electrification through solar-energy systems
Building on the achievements of a previous IBSA Fund initiative, the project brought solar energy to an additional 20 villages and supported all project villages in the development of effective and sustainable solar equipment management.

To reduce violence and gang clashes, the project helped to develop a culture around labour-intensive waste collection and disposal and improved livelihoods by aiding pacification efforts and reducing the incidence of disease.

Promote the socioeconomic integration of vulnerable children and youth

To improve employability and job access for vulnerable youth, the project provided professional training including the development of entrepreneurship skills and citizen values, basic education and job placement.

Poverty reduction through livestock development
The project established infrastructure and introduced technology and support systems to help to increase the production and commercialization of quality livestock products while strengthening the technical and managerial skills of livestock farmers organizations, extension officers and veterinarians.

Digital financial services
The project piloted digital financial-service projects, such as savings, mobile credit and insurance, as well as financial literacy for women, youth and MSMEs, and contributed to policy development and technical support.

Leadership development and capacity-building for human development and poverty reduction
The project strengthened human resource planning and management, strategy and policy development, and other key management skills among state institutions to support the Government’s implementation of macroeconomic reforms and good governance practices.

Delivering safe drinking water
The project increased the availability of safe drinking water and improved health conditions for local communities by constructing a water desalination plant and connecting it to the main water distribution system.

Refurbishment of health-care infrastructure
The project rehabilitated and equipped two health-care centres serving remote communities, one of which had been in disuse.

Construction and equipping of Centre of for Persons with Severed Intellectual Disabilities
The project built and equipped a service centre to offer consultation, physical therapy, vocational training, and protection and rehabilitation services for individuals with intellectual and other disabilities.

Reconstruction of Atta Habib Medical Centre in Gaza City
The project improved access to public health care by rebuilding and furnishing the Centre, including the maternity and children’s ward facilities and the dental and lab services.

Creation of job opportunities for youth in Sudan through labour-intensive work opportunities
In an effort to create employment opportunities for unskilled and semi-skilled underprivileged youth, the project supported their placement in road maintenance, waste management, and auto-mechanical, electrical and other vocational jobs.

Establishment of a rice-seed production hub

The project established a production hub for rice seeds that are appropriate for local conditions, contributing to the enhancement of agriculture yields, strengthened rice cultivation and improved post-harvest processing methods.

An innovative e-learning approach for health
The project developed e-training modules that enhance the skills of medical students and health professionals, improving the coverage and quality of service in underserved regions.

Addressing the Water, Health and Poverty Nexus through WASH Initiatives for COVID-19 and Climate Responses
In response to the COVID-19 pandemic, the project is improving sanitation and hygiene by providing solar-powered boreholes, rainwater- and stormwater-harvesting water supply systems, and knowledge exchanges among global South countries.

Restoration and monitoring of degraded land in the groundnut basin of the Saloum Delta
To reduce the impact of climate change, the project is using drones to monitor and analyse land degradation, strengthen adaptation monitoring measures, promoting the use of solar energy for land desalination, and strengthening community involvement in restoration and productivity.